In these challenging times, we remain open and are happy to respond to your enquiries. We sincerely wish good health and safety to past & future customers.

John Scott Works Ltd has experience based on more than 10,000 mezzanines installed worldwide. Engineering, manufacturing and installing mezzanine floors is our core business. Our Column System is a household name in the logistics industry. Submit your enquiry here or contact General Manager Jon Lewis. 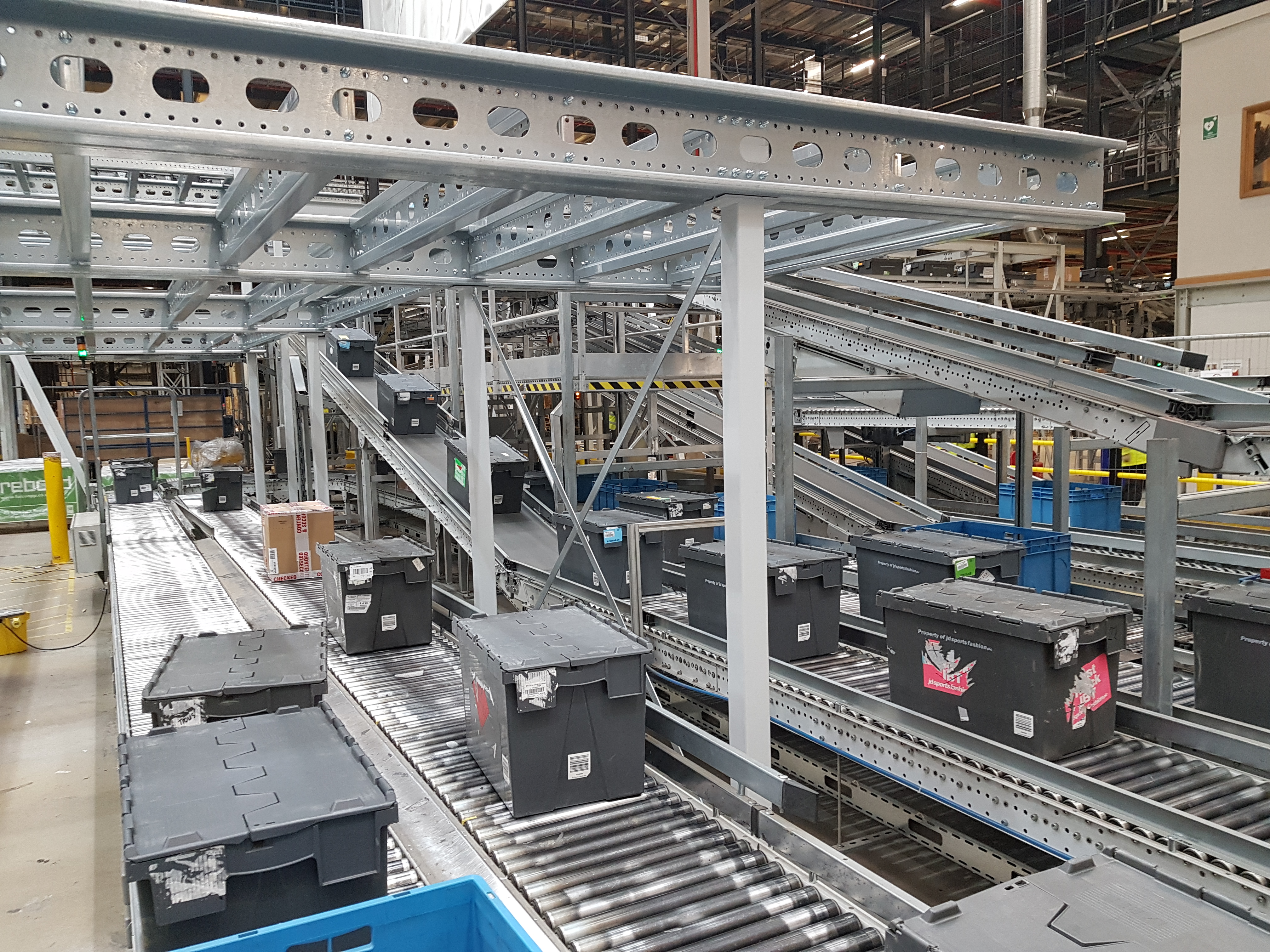 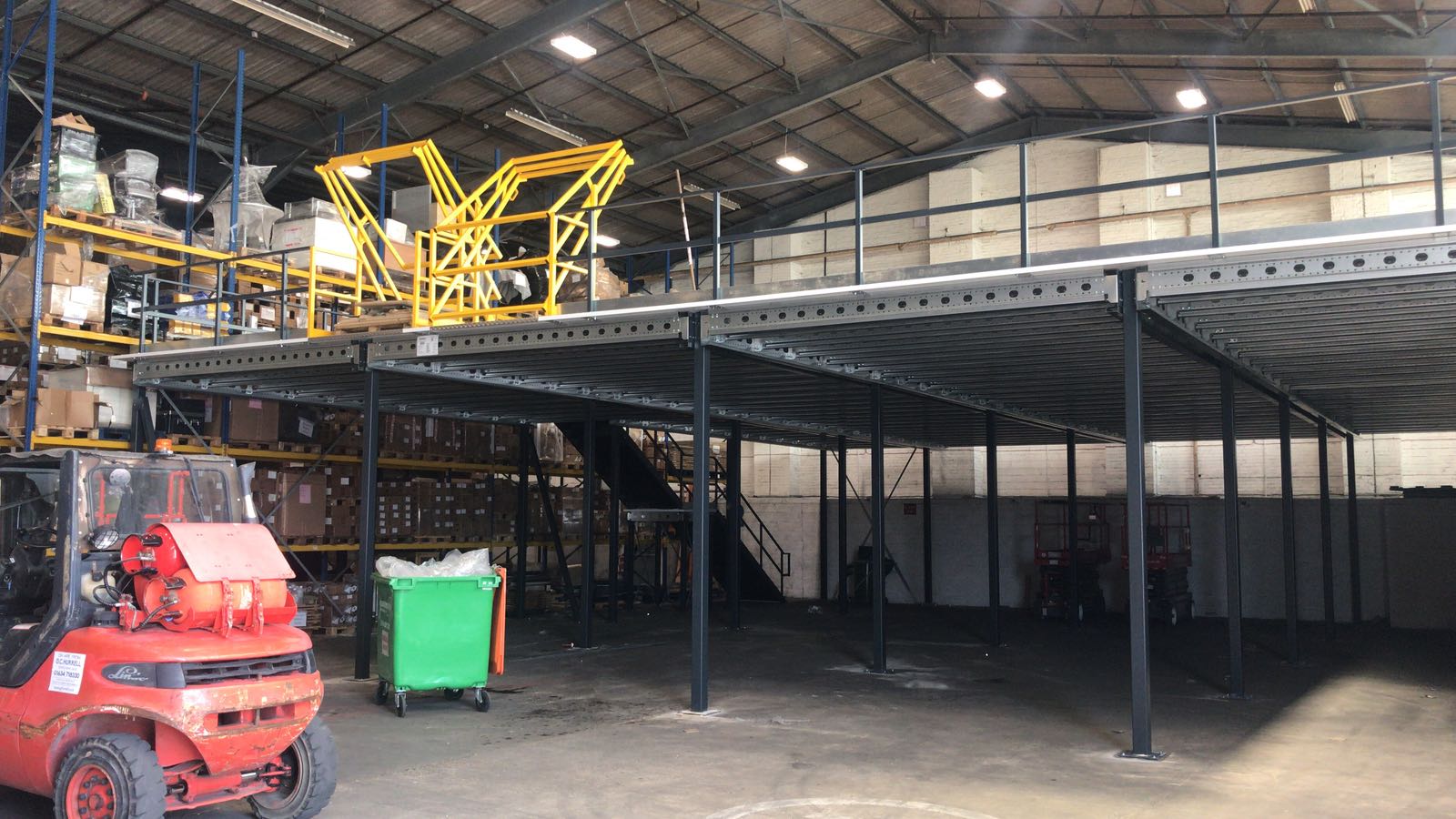 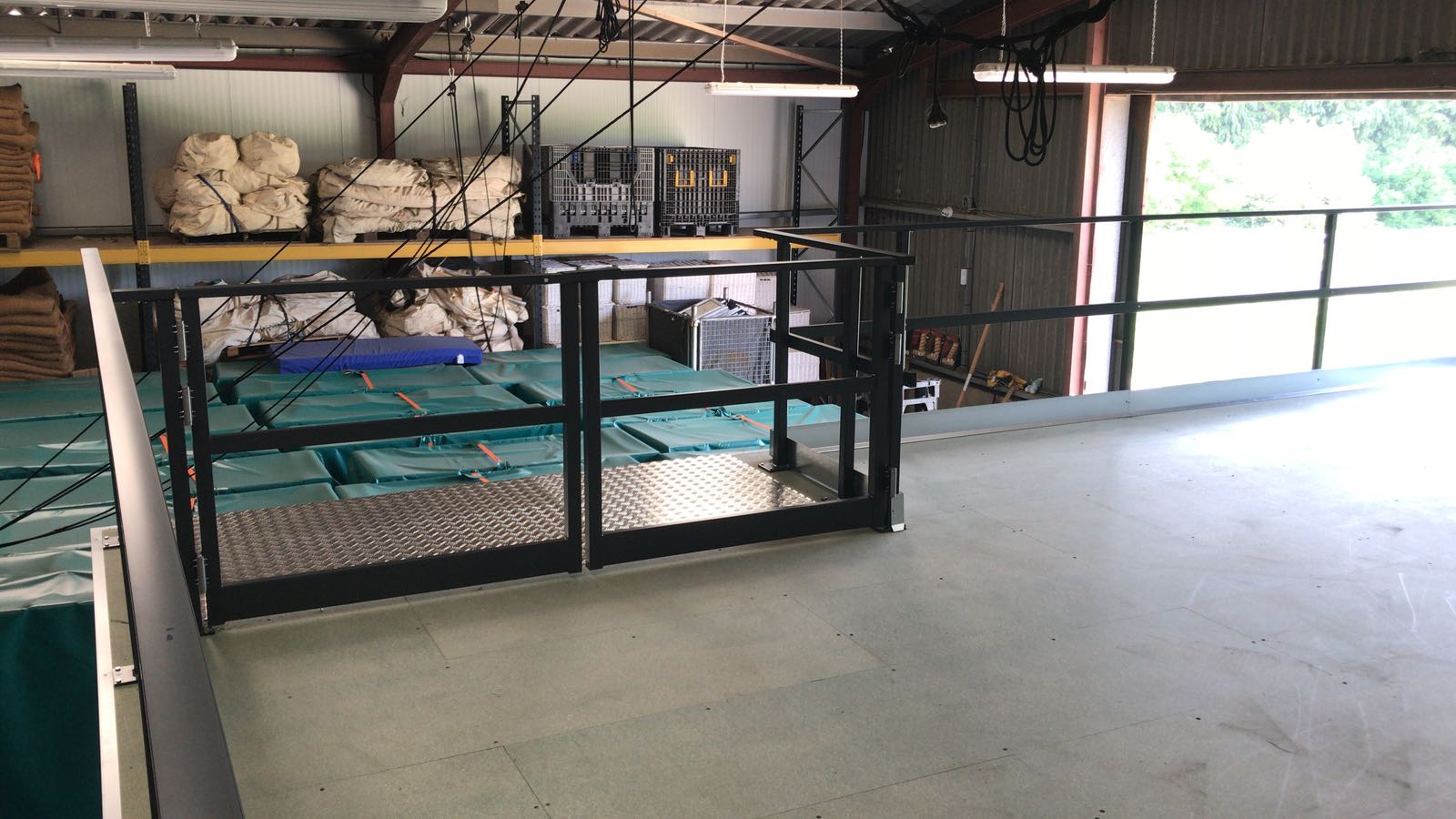 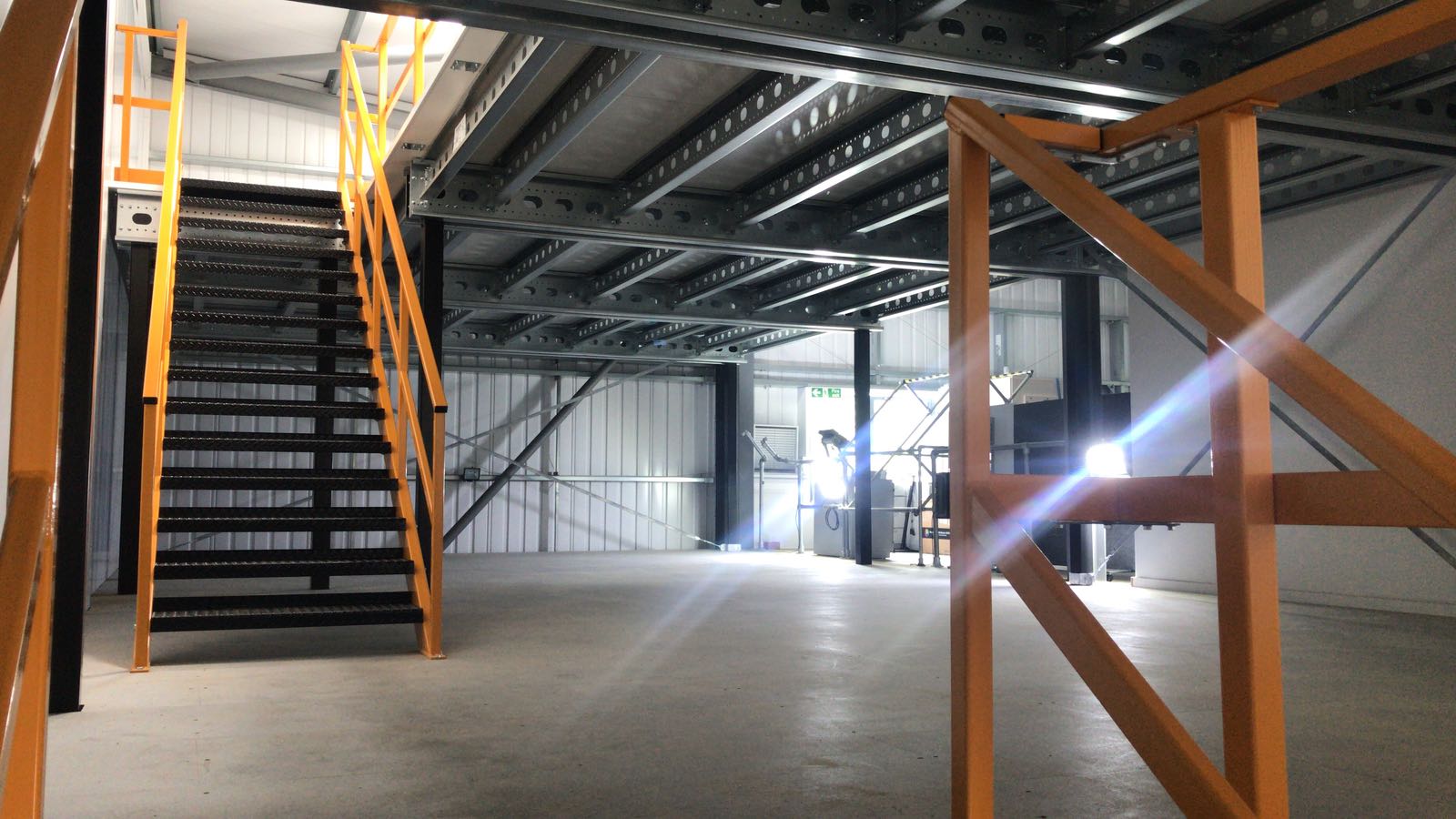 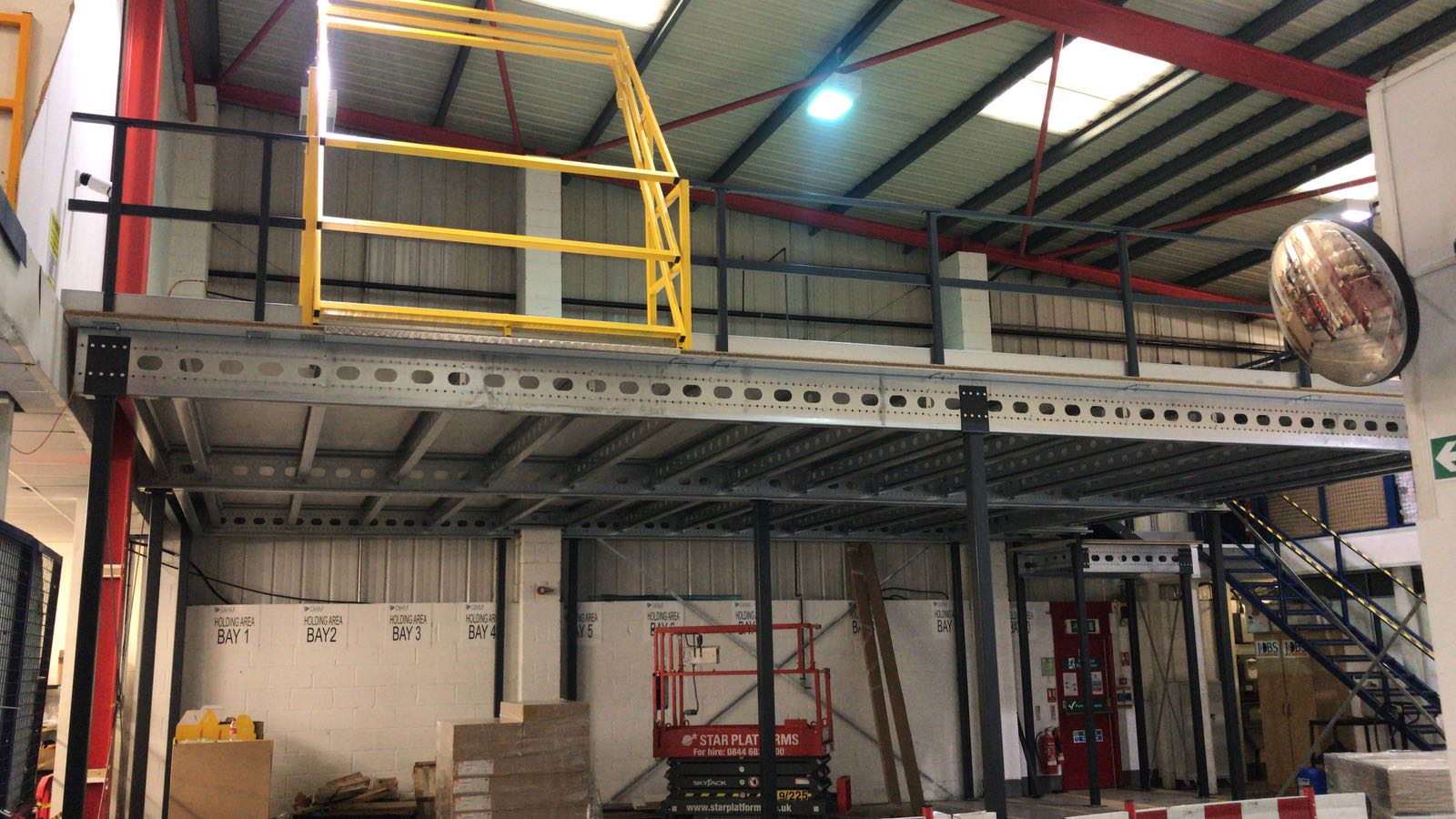 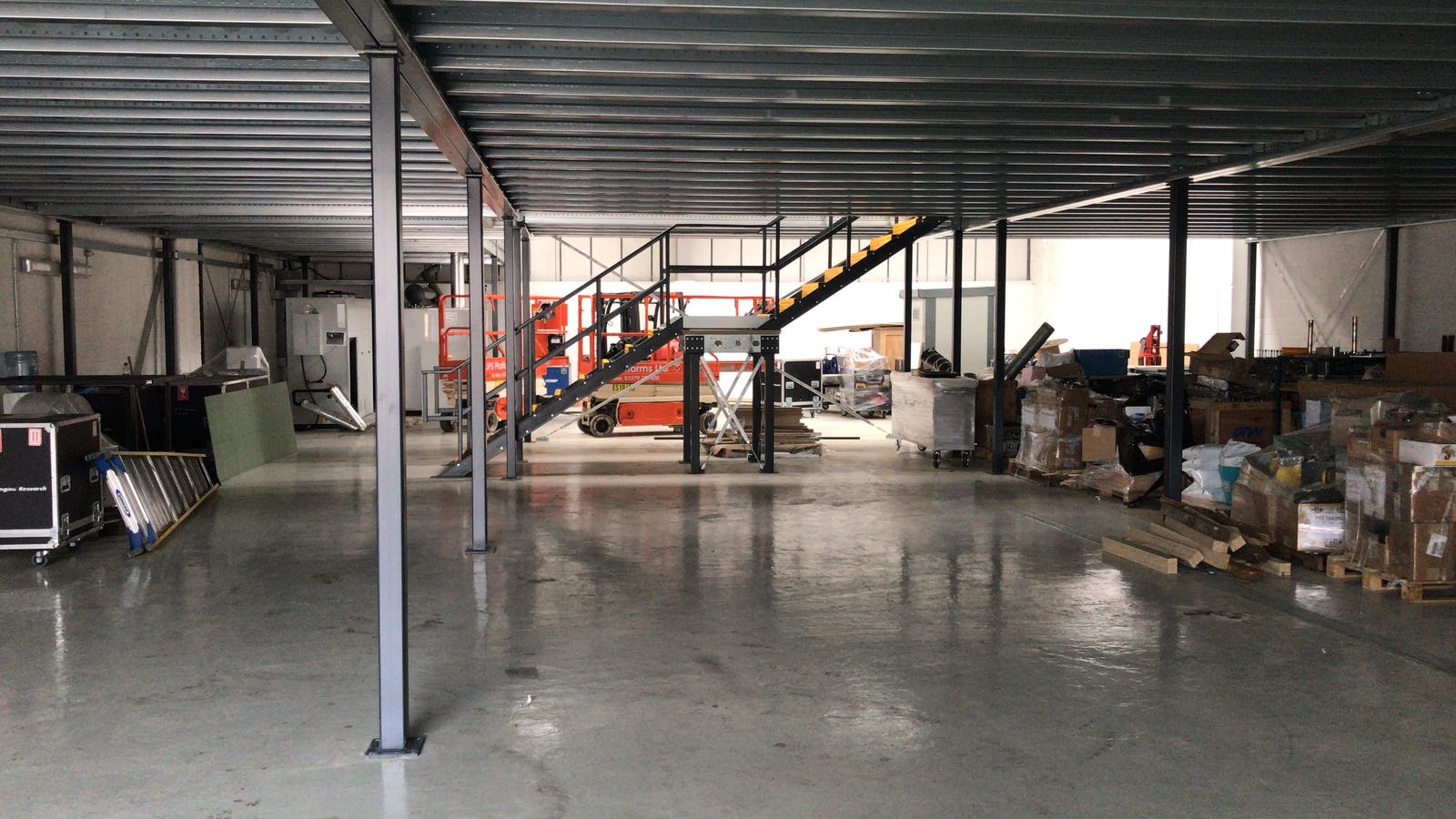 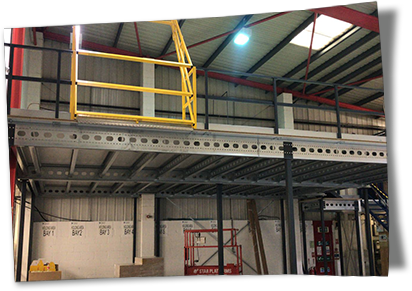 Carpet Castle wanting to expand their showroom approached John Scott Works this summer. Carpet Castle then had a new mezzanine installed in their very large carpet shop in the centre of Coventry.

This was an exciting project for John Scott Works to be part of as it had so many elements involved rather than just a standard storage mezzanine. The floor is to be used for an expansion of their showroom. Therefore, it had to be customer friendly. John Scott Works planned the project from start to finish working round a live busy business.
The floor was designed for general public access so John Scott Works organised the building regulations and fitted fire protection, as you can see in the pictures Carpet Castel felt this added a very smart showroom finish.

Fire protection of the Ceiling, Fascia & Columns provides a full 60 minutes of cover.
We were particular impressed by the carpet finish the client put on the stairs adding to the stunning child friendly handrail selected by Carpet Castle.

We wish Carpet Castle every success in their expansion plans and thank them for the opportunity to do such amazing project for them.

For one of our top clients we had the opportunity to deliver some complex mezzanines to support the conveyor system. The mezzanine consists of 4 levels. We had the big challenge  to combine the conveying system with our mezzanine construction with very little space available. Positions of diagonal bracings were limited and we had to be flexible with column positions. Thanks to our engineers cooperating closely with the system integrator involved using 3D software, we provided a system which is as accessible and effective as possible.

Twenty-five years after its establishment, the Dutch jeans label G-Star has conquered the world, selling their fashion range in more than 60 countries. Twenty-five years after its establishment, G-Star moves into a brand-new distribution centre inAmsterdam, the city where it all began. The DC lifts the possibilities for G-Star’s distribution in Europe to a whole new level, featuring a four-tier mezzanine structure that supports a fashion storage system on a 16.000 m2 surface. In this way the warehouse capacity of G-Star in Amsterdam, where industrials are crowded and land prices sky high, is used as efficient and smart as possible.

The mezzanine structure itself stands out when it comes to cost optimization and flexibility. The supporting structure consists of cold rolled sections, a modern concept that is both less complicated and less expensive than its hot formed counterpart. Moreover, the modular Column System makes that the structure canbe easily dismantled and built up again at another place – or extended, forthat matter. All in all the mezzanine structure forms a vital part of the expanding distribution of G- Star’s brands and continues to do so for the future. 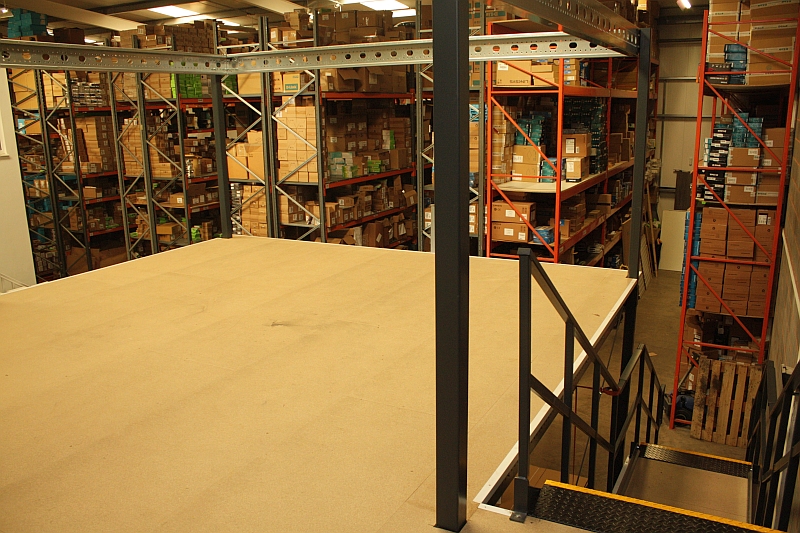 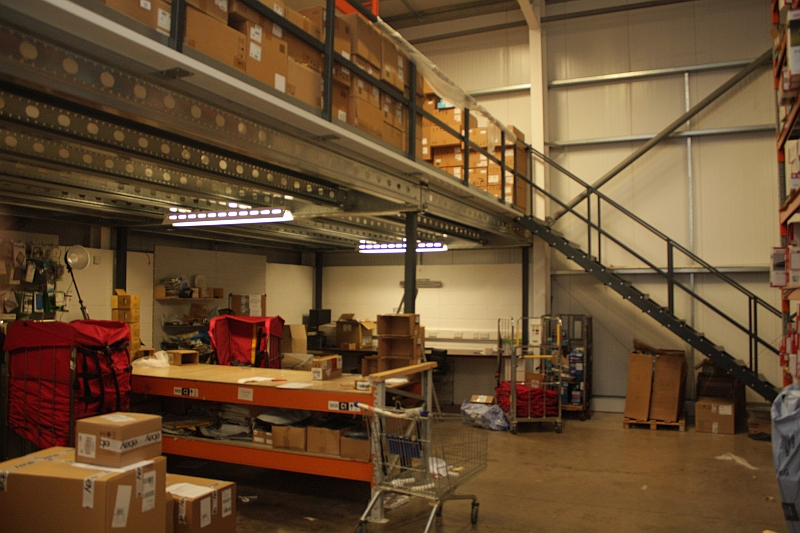 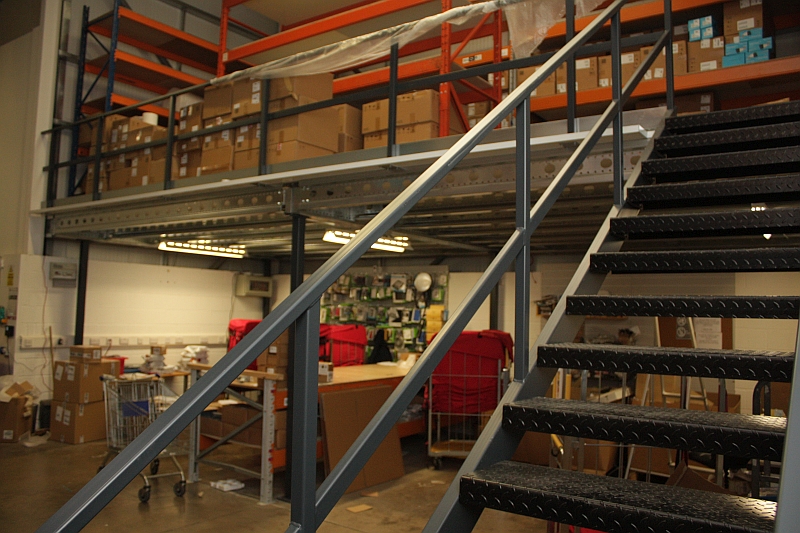 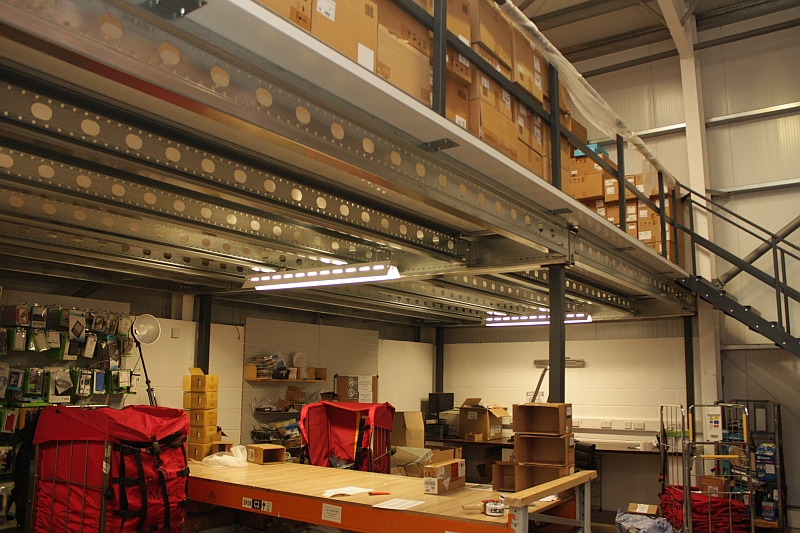 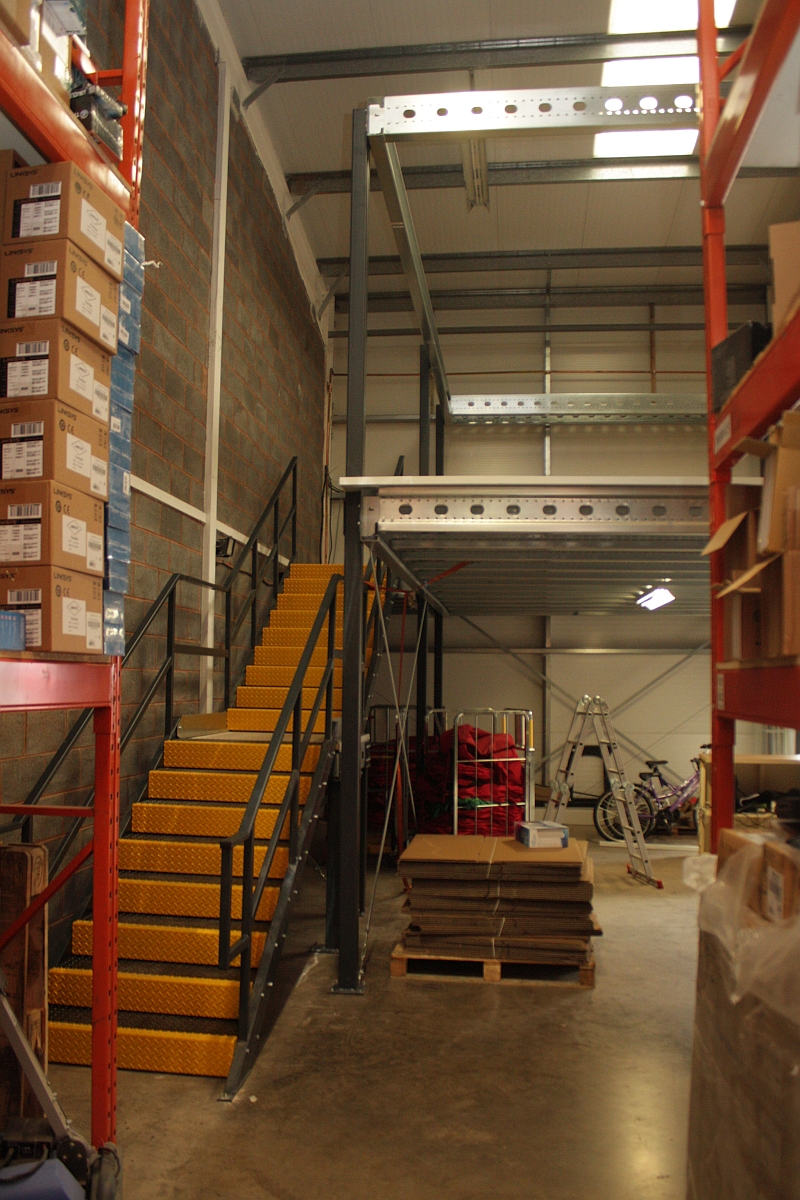 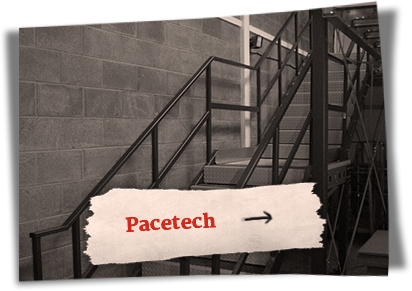 For a Birmingham-based IT e-commerce business we provided two mezzanine floors to keep up with the company’s expansion. The mezzanines enable the client to make more efficient use of his available warehouse space to match their growth. The first mezzanine fits into one unit of the warehouse not covered by pallet racking, doubling the space for small parts and preparation for expedition. The second mezzanine forms the backbone of a two-tier office to house the customer’s additional staff. On top of the mezzanine floor, JSW handrail is fitted so that this level can be used for storage just now. At a later stage the handrail can be removed and the second tier turned into an office. This project champions John Scott Work’s mentality to think along with the client and provide the mezzanine solution that fits the client’s ever-changing needs.